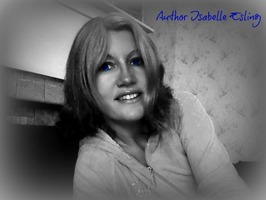 My name is Isabelle Esling. I was born in Saint Avold, a little French town near the German border. Being a French national of German origin, I grew up bilingual German-French in Freyming Merlebach, a tiny town very close to Saarbruecken. My parents introduced me to classical music and jazz at a very early age and I also showed some interest for writing and playing with words at a very early age.

As a young student , I settled in the French town of Metz, where I graduated. African students introduced me to James Brown and other remarkable artists such as Barry White. In the early 90’s I saw MC Hammer on TV for the first time, which triggered my passion for rap music.

I have always had a passion for writing and music, black music in particular. I discovered Eminem in 2001 and was very enthusiastic about the artist’s great talent, which motivated me to write about him. It also motivated me to explore the Detroit hip hop scene that is full of amazing artists.

In 2003, Gavin Sheridan, a technical writer and professional blogger offered me to be a contributing writer for his blog, which got me started as a freelance music journalist. In 2005, with Gavin’s help, I started The Eminem Blog where I expressed about the artist, the Detroit hip hop scene and other hip hop related subjects.

I have reviewed a wide range of CD’s and interviewed some consistent artists such as Dina Rae, DJ Butter, Big Proof of D12, just to name a few. The Eminem Blog gained me a worldwide audience of readers. I have also contributed to numerous hip hop websites such as Music Mouth UK, Detroit Rap Com, Michigan Bands and D Townie.

In 2006, I did some interviews for Jason Matthews Detroit digital magazine ILL Mag. Through the years I developed my craft, increased my knowledge of hip hop culture and also expressed on various subjects such as spirituality, humanities, beauty and lifestyle, movies etc…I keep writing at The Eminem Blog and sharing my passion with my readers till now.

WORK CONTENT:
Hip hop is my specialty, but I have also expressed about a wide range of subjects such as black music, humanities, spirituality, beauty and lifestyle. I have done numerous CD and book reviews. I have also written biographies of Afro-centred personalities such as Marcus Garvey.

WRITERS:
Biba Adams
Donna Kshir
Contel Bradford ( I reviewed some of his books)